As one of the most popular shooting games, the Call of Duty World War 2 release has once again set the bar high for all other developers.

From the very beginning, we see the Sledgehammer team took a completely different approach with the game, but still include the fundamentals that make it part of the Cod series. There’s a lot that’s different and if you’re not a fan of the heavily scripted game play, you might need to go find something else to play. At the same time, they’ve managed to make the script a lot better, forming part of the missions in more detail and offering details you’ll need to make it through the next level.

Of course, the game is all about the Second World War and actually includes many scenes from earlier games, but the graphics and game quality are of a much higher quality, as you’d expect. 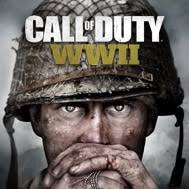 Fans of Cod games are sure to fall in love instantly as the game features the same style and excellent features as all the ones before. Everything from switching guns through to aiming is as easy and accurate as before.

Many believe part of the beauty the game has to do with the development team going back to the Call of Duty basics, not include any modern war features or enhancing the game in any way. Instead, they simply focus on the high-quality graphics, game features and offering players the World War 2 game we’ve all been waiting for.

There’s no doubt that the presentation isn’t amazing, even compared to games such as Battlefield, you simply see an additional touch to the graphics and features of the WWII. Everything from detailed rain drops in the forest through to the broken buildings, there’s no doubt that you get drawn in and live within the game. Even team mates and enemies aren’t the usual flat faces we see in most games, adding an excellent touch.

Sound is yet another aspect of the game that’s enough to provide a jaw-dropping experience. Everything from running in mud through to the sound of sand beneath your feet allows you to get lost in the moment even more.

Gun fire and sounds of the enemies approaching allow you to pin-point their location, especially with a decent set of headphones. Firing a gun isn’t just a loud bang, but rather accurate to the characteristics of the gun and how it would usually perform.

Talking about guns, it’s clear the development team too more time to get it perfect as the recoil, sound, rate of fire and accuracy is a lot better and you can easily tell the difference between guns. There are various options to choose from and during campaign, you’ll once again get to collect weapons from your enemies, allowing you to easily test out the guns and find your favorites.