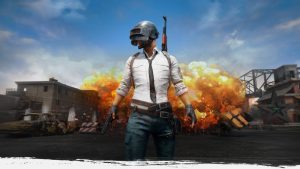 Player Unknown Battle Ground, widely known as PUBG also known as battle royale. This online game has millions of players around the world who have a choice of four device platforms to use for gaming. Android, iOS, PC and Xbox, on which to play this hypnotic and addictive game.

Player Unknown Battle Ground developed by PUBG Corporation, is a multiplayer online game where players, the number of which can reach up to one hundred, have to parachute onto an island. The players need skills to hunt for the weapons which they must use to avoid being killed themselves. The list of weapons is extensive, and the challenges are compelling, keeping gamers glued to their screens.

Best platform to use

According to the experts on gaming, the best platforms to play PUBG mobile on include Android and iOS as these do have cross over capabilities, so that players can just carry on where they left off earlier and add new players from those platforms. Whereas PC and Xbox One players cannot cross over platforms to the mobile gaming platform as their gaming scores progress does not carry over. This may be sorted out in the future as part of addressing issues of these platforms.

So, with everything tech going mobile, more gamers play the games on their mobiles. However, there are still gamers who prefer a big screen and so play on their desktop PC or Xbox One with equal vigor. It just makes sense to iron out these little gaming glitches before having the problems of cross platform gaming. In the meantime, progress is still being made with new gamers being initiated or advised on how to truly enjoy the quest offerings that most players rave about.