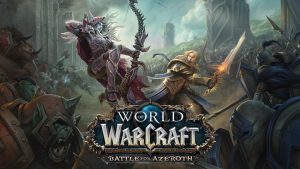 A top-rated war game played online by millions is World of Warcraft, also known as WoW. This a multiplayer role-playing game, which changes constantly from second to second, so enthusiasts really need to up their skills.

Set in the virtual reality world of Azeroth, which has both non-player characters (NPC’s) and player characters (PC’s), gamers undertake epic quests, fight battles, and complete missions, either alone, or in guilds. The prize or reward, after each task is completed, can be gold, and other valuable items, as well as useful weapons. All of these are used to dramatically improve the strength of your character. You can advance, if you kill to earn experience, which takes the player up a level, increasing the character’s powers.

The class system in place for characters, allows players to enter the game as priests, druids, rogues or others, in this fantasy realm. Guilds are teams that work together, and become famous for being able to complete quests, and defeat difficult to kill monsters fast. By doing this, the Guild establishes itself in the hierarchy system in the game.

The game of World of Warcraft has acquired its own fanbase following by artists, and writers, dedicating their artwork and fan fiction to the game. They do this by living in this virtual world for hours on end. It is thought by some to be addictive, which it might well be, but look at the inspiration it gives its players. There is even a film called Warcraft, made in 2016, inspired by this game.

Gamers are in their millions and are addicted, as anyone who ever played the game will learn. There are a lot worse things to be addicted to, than online games, and World of Warcraft deserves the millions of fans, which this game has inspired globally.