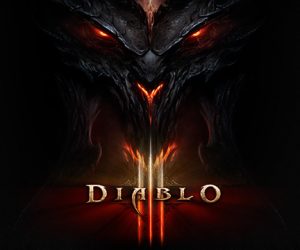 Diablo 3 is a game where weapon collecting is very important, not just for a player’s own survival, but also as a source of power building for your character. There are many intricacies involved in the game, and this article only just scratches the surface of all that Diablo 3 entails.

Looking for loot on Diablo? Weapons and armour are the high-ticket items that have the most value attached to them. Players hunt for their weapons and gear. So, find or craft great weapons. The weapons used in Diablo 3 fit into two classes: main hand and off-hand.

Mastering the Game and Earning Your Weapons

Weapons in a game like Diablo 3 are what the game is centred around. You can’t progress, and defeat your opponents, without upgrading your cavalry. Numbers associated with each weapon depict the strength, and ability, to do damage to your opponents. The higher the number on your chosen weapon, the faster you will dispose of weaker enemies, and the more damage will be inflicted on stronger ones.

Armour forms a vital part of weaponry. The type of armour you opt for is also rated by numbers. The higher your armour rating, the more likely you are to shrug off attacks, that in the past may have proven fatal. Shields, helms and plate mail, all make up a vital part of armour and protection.

Weapons in this game are diverse; however, not every character has access to all of them. Specific weapons are designed for use by particular individuals.

A Barbarian at the third level, for instance, cannot wield a weapon designed for use in the seventh or eighth level. Keeping an eye on the durability of a weapon is critical. Once the durability reaches an end, you aren’t going to be awarded any bonuses on it. Seek out a merchant who is able to do the necessary repairs, and restore your weapon to its former strength.