What are the most popular online shooter games that rank highest for 2018? These are not just the new virtual reality war games, but oldies too. All of the games mentioned here are favourites with millions of gamers and rightly so, they aim to immerse you from start, middle and end.

How top ranking is achieved

To get to the top ranking, games need to attend to the three powerful psychological gaming aspects as presented by Scott Ridgy, founder of Immersyve. From attending to your ability to be autonomous, allowing for competence to be acquired as well as being relatable. With that said, the popularity is not gained merely from having enthralling graphics, but also finding a pleasing palate with the gamers.

The ones to watch 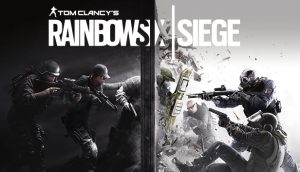 Rainbow Six-Siege is Tom Clancy, the author’s contribution to the gaming world. This is a tactical video shooter game, Ubisoft of Montreal developed and published it. Microsoft Windows released it in December 2015, for the PS4, and Xbox One. The players in this game concentrates on environmental issues, the destruction of, and the cooperation between the players. Hostage rescues and bomb defusing are some of the gameplay modes when players take control of either an attacker or defender. The game also has a set of short missions for a solo player. There is recruit training, in preparation for attacks by a terrorist group called the White Masks.

Overwatch, developed and published by Blizzard Entertainment Inc. in 2016 for the PS4 and Xbox One and Windows. A team-based online multiplayer first-person shooter video game. Two teams of players, 6 to a side, who choose from a list of 20 characters (heroes) each having their own style of play. There are four categories to choose from such as Defence, Offence, Support and Tank. Teams work to defend and secure control points on a map, or do escort duty for a payload, in a short amount of time.